Trump flips his stance on protesting after presidential election

In 2012, after Obama won re-election as President, Trump made several tweets the same night urging people to reject the results and protests in the streets. He also went as far as calling the United States democracy a “travesty” and suggesting the country needed a “revolution.”

We can’t let this happen. We should march on Washington and stop this travesty. Our nation is totally divided!

Lets fight like hell and stop this great and disgusting injustice! The world is laughing at us. 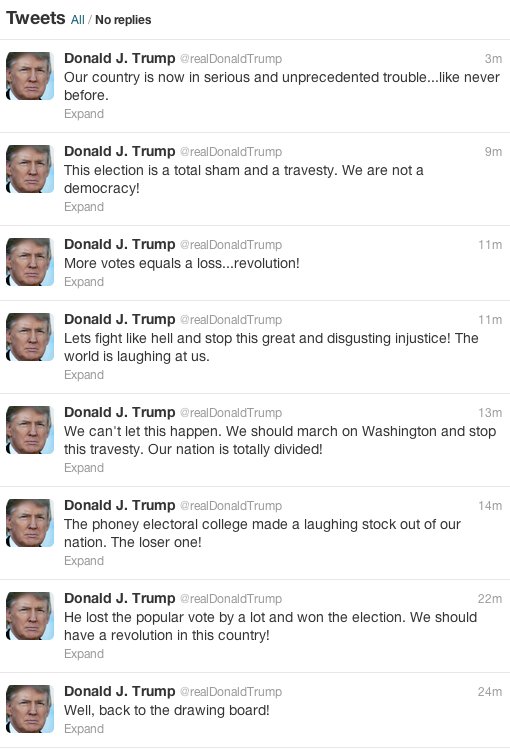 In 2016, after Trump won the election, massive protests occurred throughout the country. This time however, Trump took the reverse stance on protesting the election then he did in 2012, stating:

Just had a very open and successful presidential election. Now professional protesters, incited by the media, are protesting. Very unfair!